A program that calculates checksums and hashes of files, compares the contents of files using an algorithm specified by the user, verifying and generating checksum files (.md5, .sha1, .sha256 and others), calculating checksums of the given text.

PS Hash is a program that calculates checksums and hashes of files and given text.
The program supports 30 hashing algorithms, among others MD5, SHA-1, SHA-256, the SHA-3 algorithm family.

To facilitate the use of the program, the interface has been divided into thematic modules displayed on separate tabs.

The first module - File - allows you to calculate checksums of any files. The controls displaying the calculated values have been divided into groups and placed on collapsible panels. Each algorithm can be freely activated / deactivated, depending on the needs.
Files and folders can be added by drag and drop.

The calculated checksums and hash functions values are automatically saved in the table in the second module - Log. This table allows you to view all previously calculated values, filter data based on specific criteria, sort, move rows and columns, delete unneeded data, as well as copy information to the clipboard and save to a text file.
To show or hide columns, right-click on the header of any column and in the context menu select the columns that are important to you and deselect those you do not need.

The third program module is used to compare the selected file with other files or a previously calculated checksum / hash.
Many software companies publish checksums of files made available for download from their servers. If you want to make sure that the downloaded file has not been modified in any way (during the download process or by malware), PS Hash allows you to easily check the originality of such a file by calculating the checksum of the downloaded file and comparing it with the value provided by the producer.
If you have a checksum and you don't know which function was used to calculate it, the program can detect the used algorithm based on the length of the given checksum / hash.

The fourth module of the program - Verify - is used to verify data on the basis of previously prepared special text files containing lists of file names and related checksum / hash values. Such files usually have the extensions .sfv, .md5, .sha1, .sha256. PS Hash is compatible with programs generating such files included in the GNU Coreutils package, commonly used on Unix / Linux systems. In addition to verification, PS Hash also allows you to generate such files.

The last of the modules is used to calculate checksums of the given text. The user can set the method of the text encoding from the list containing about 150 code pages.

PS Hash was created as a result of combining several smaller programs that perform single tasks, which I have been using for many years. I have not finished any of them to the extent that I could publish.
Because I use these programs regularly to this day, I finally decided to connect them under a common interface and release into the world... Maybe it will also be useful to someone. 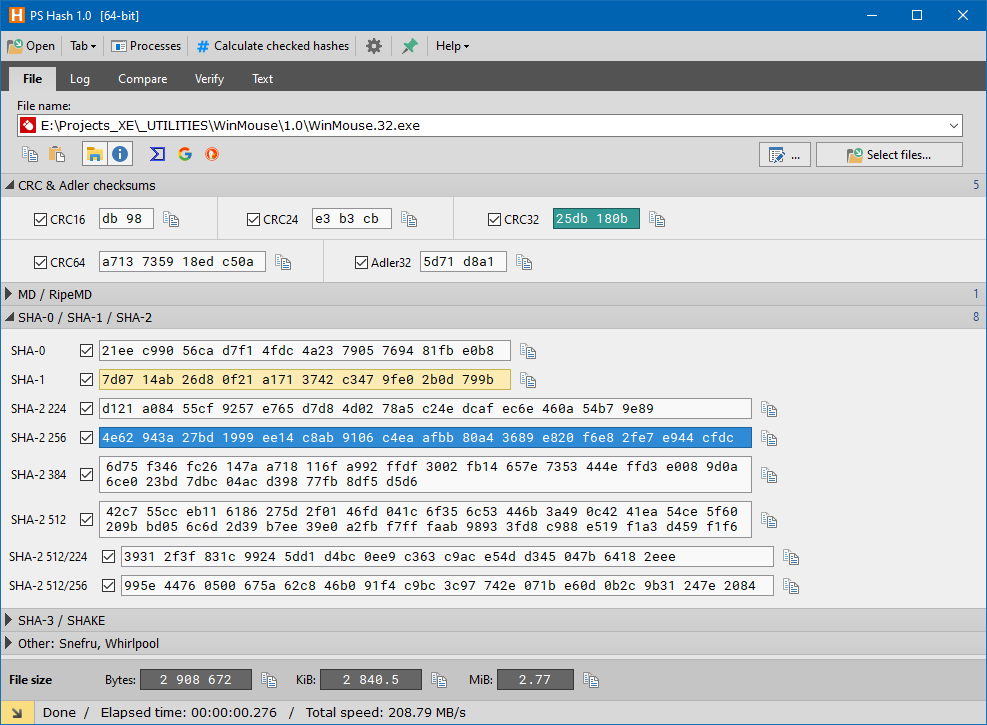 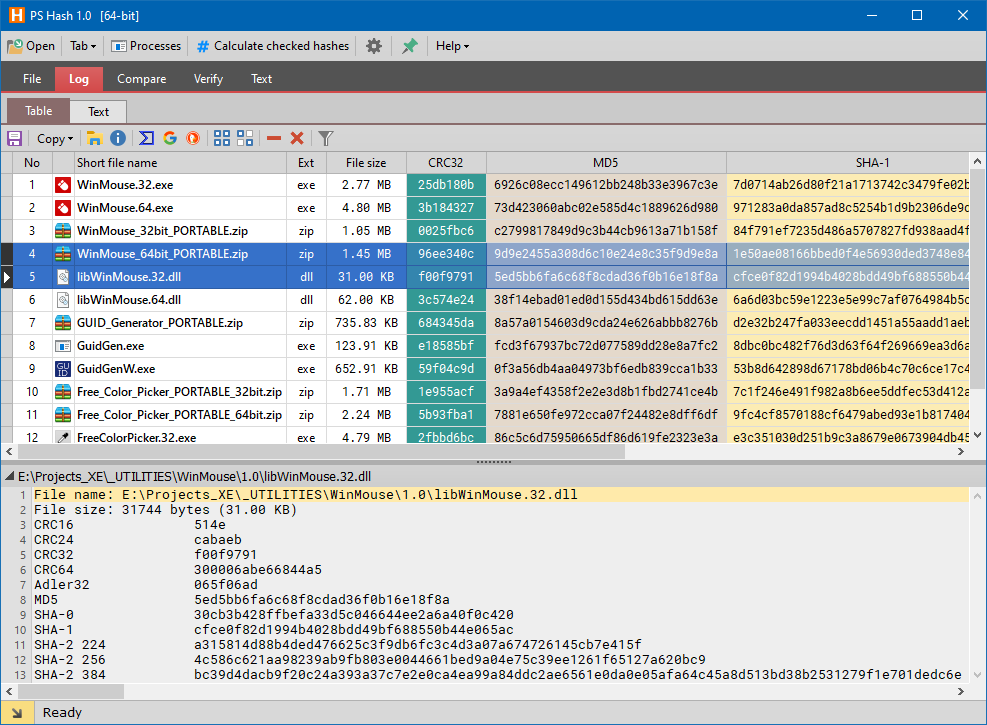 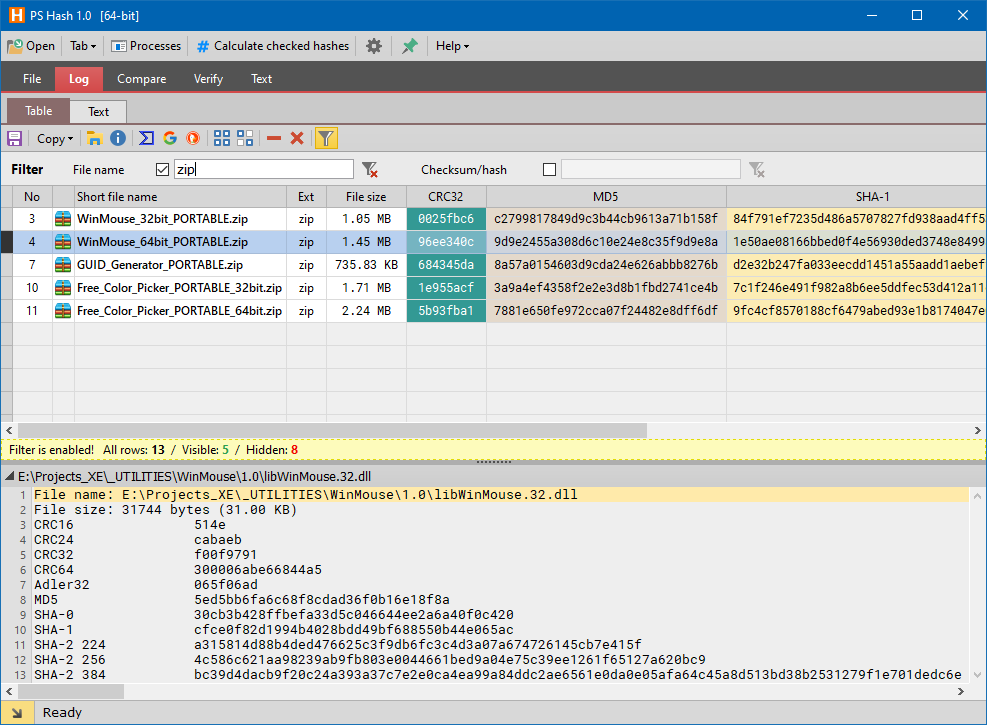 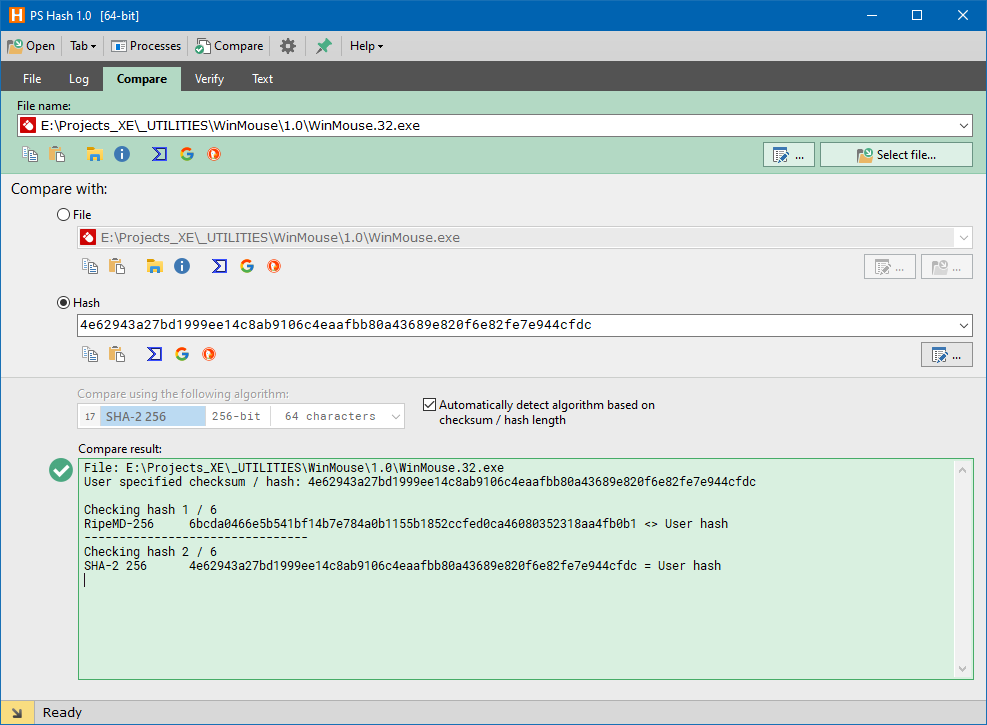 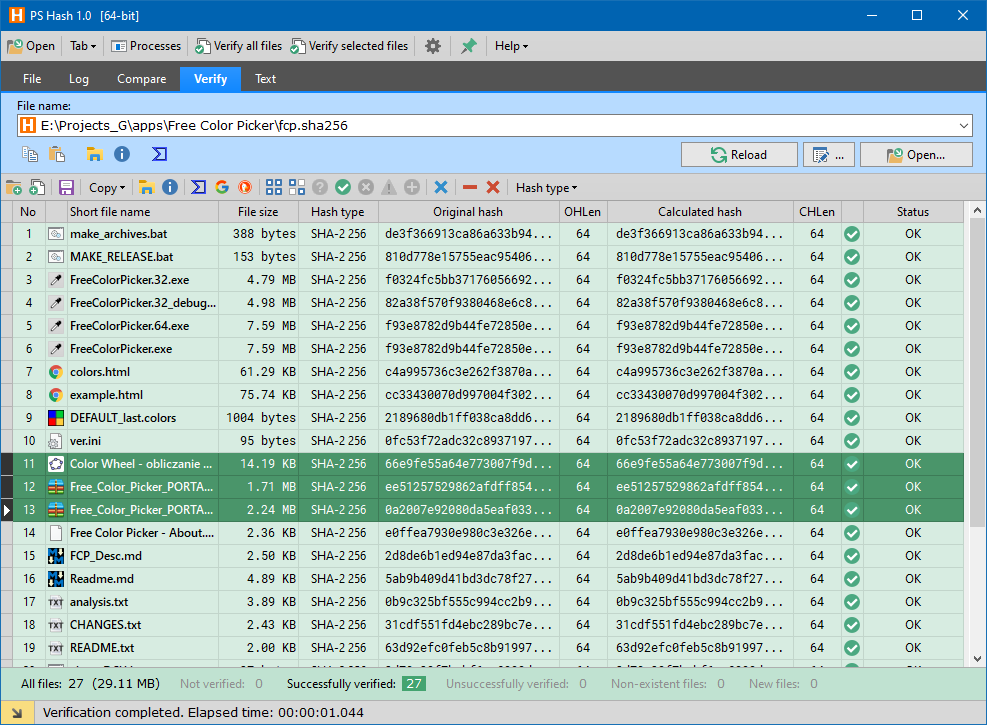 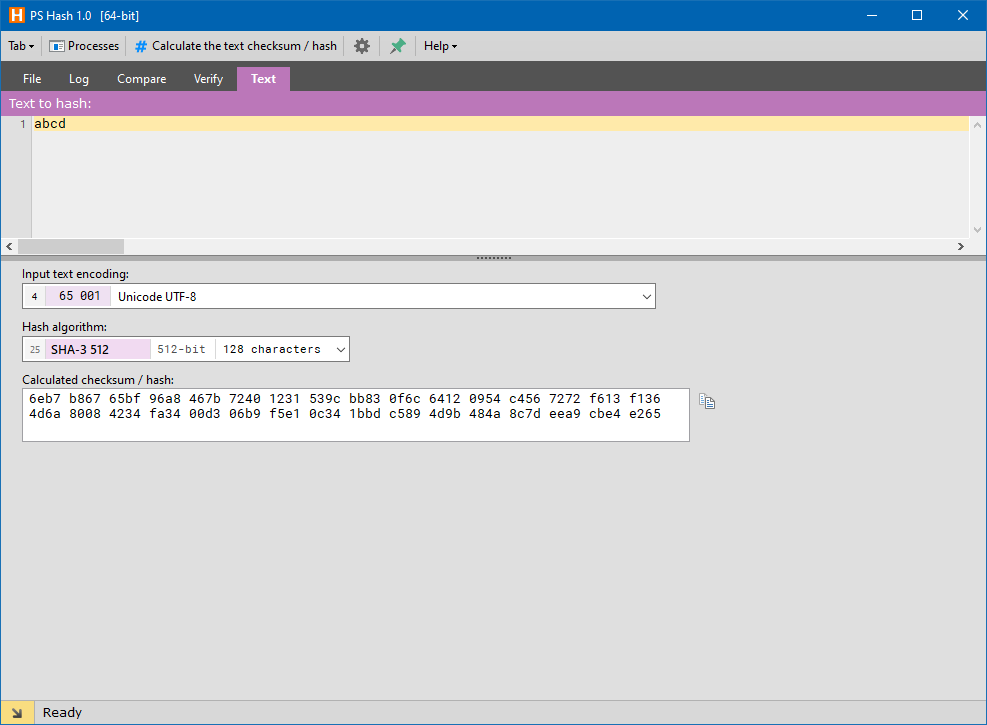 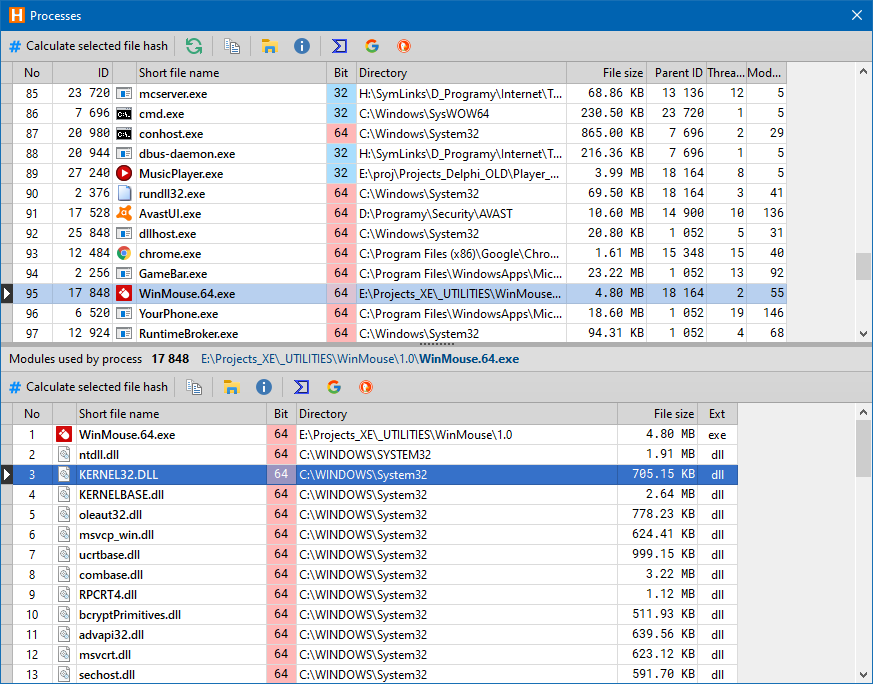 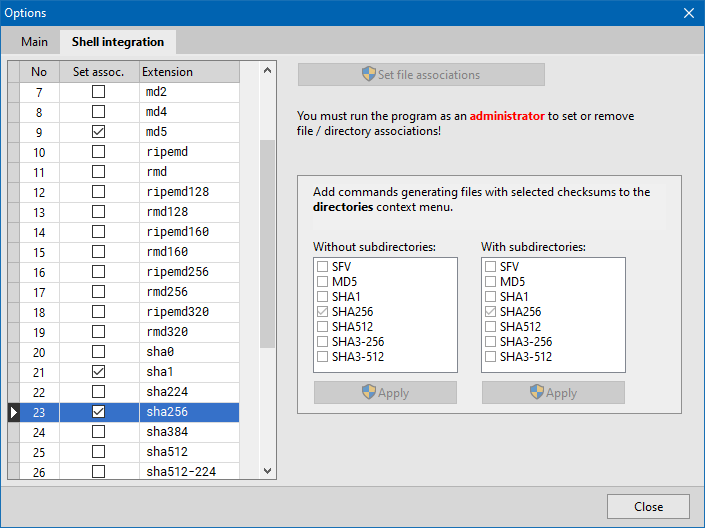 PS Hash application is distributed in the form of archive and does not require any special uninstall process. To uninstall it, just delete files previously extracted from the archive.